The shoreline was inextricably altered many years ago when the dam was constructed, water levels were raised, low lying areas were flooded and the shoreline moved up and inland many feet. Shoreline vegetation was submerged and old growth tree roots were exposed as their soil was carried away into the lake. Relentless ongoing erosion can be seen all around the lake, and each year the high spring water further batters this already fragile shoreline. 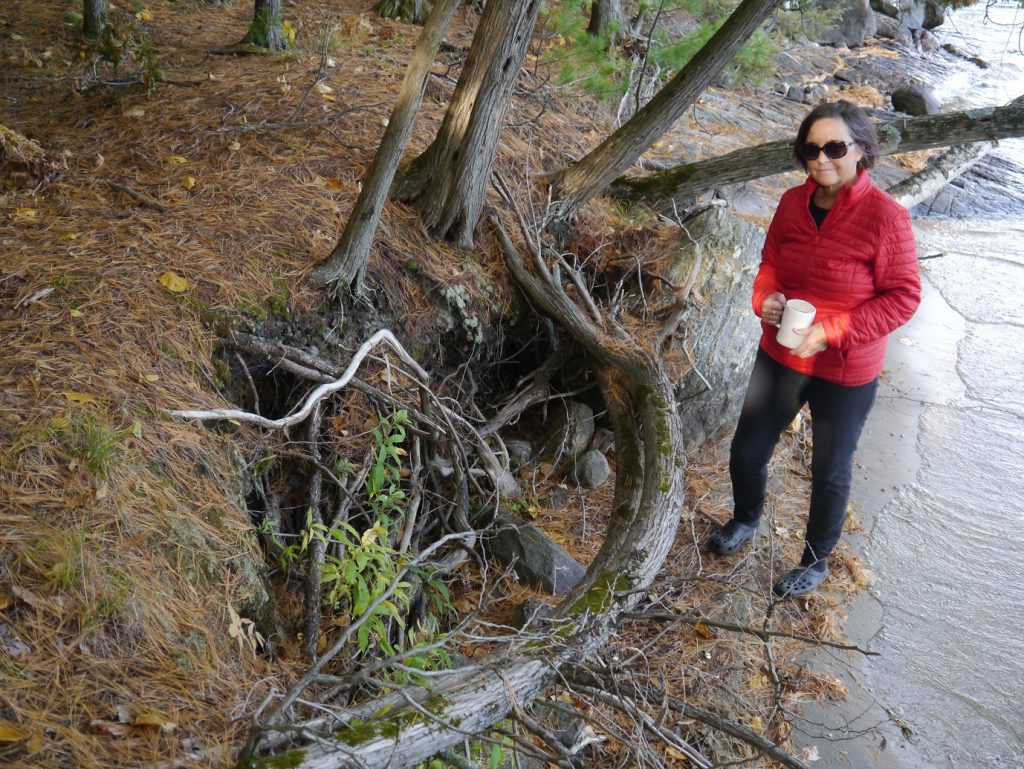 Grand Lake is on a major multi lake watershed, with a waterfall at the Culbute (awe inspiring in the spring) pouring hundreds of thousands of tons of water into the north basin … and downstream a fixed static dam at the south end of Dam lake with nowhere near the outflow. In between there is a constriction caused by the old Barrage bridge which greatly slows the exit of the water into Dam Lake, rapidly raising the Grand Lake water level, and often flooding low lying properties in the south end of the lake in the spring.

Roots don’t grow in the air! There was once, and for a great many years, ample soil there to develop in. 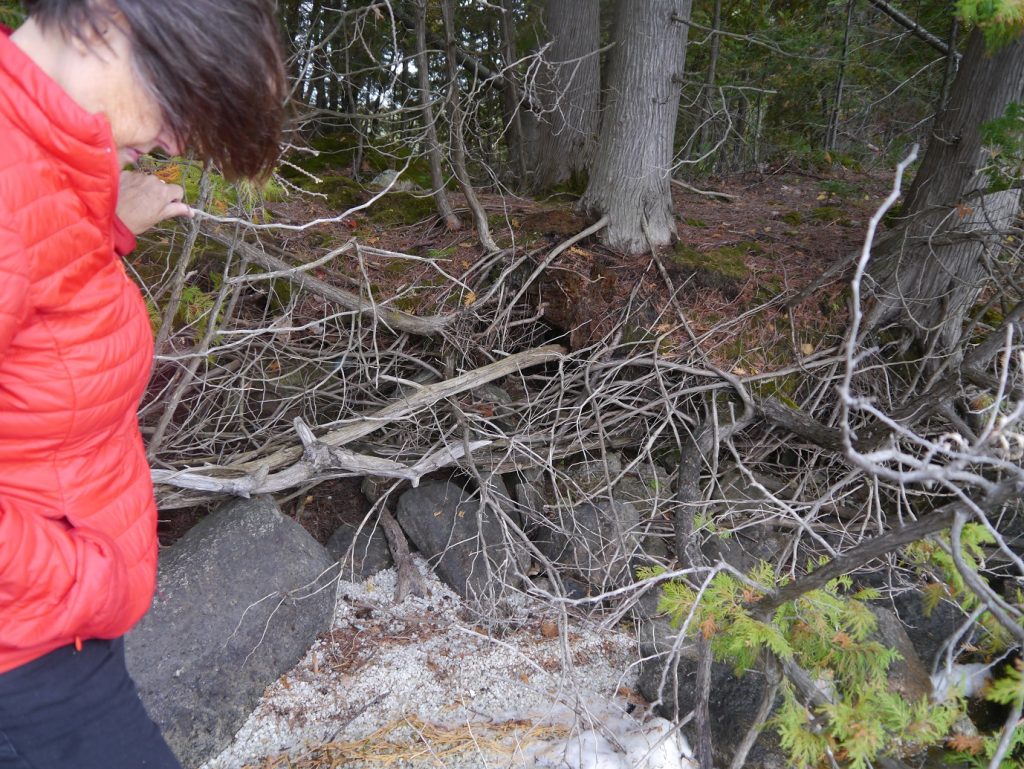 Despite years of lobbying, the Municipality refuses to remove even a partial log in the fall to lower the lake level for the spring runoff, or to manage it in any way. Similar appeals to rework the bridge, dredge the channel or install side culverts to reduce the blockage and increase the outflow have so far been unsuccessful as well. 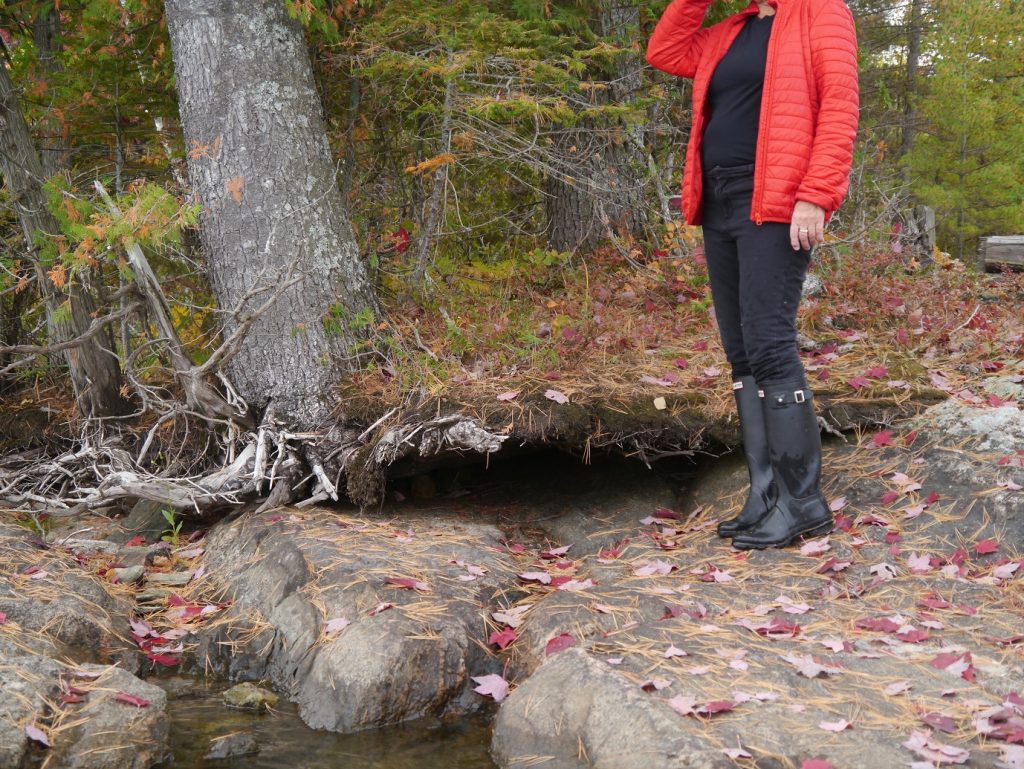 Towering old pines that grace the shoreline of Grand Lake have, and will continue to topple into the water as they have been hollowed out underneath by wave action. A person could actually crawl in under some of them. Many are being held back only by their remaining roots, as they lean further towards the water each year. 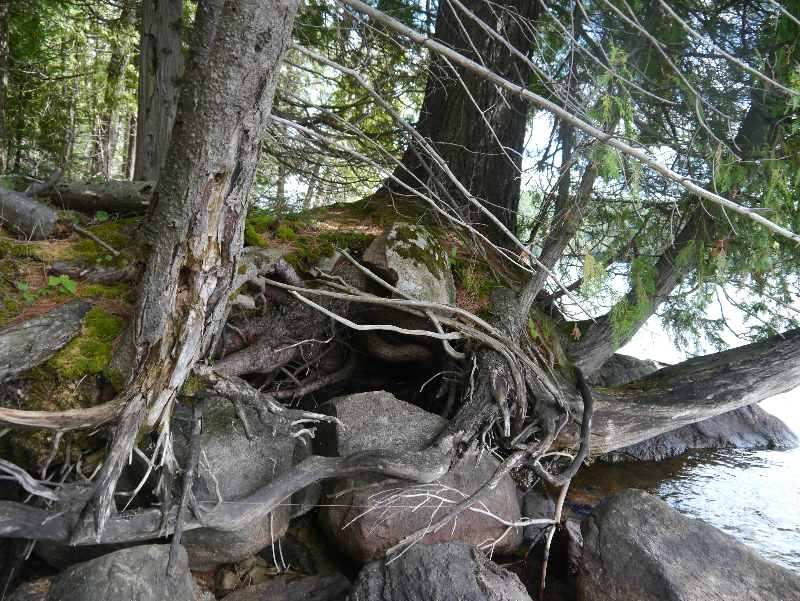 High spring water is the source of most of the ongoing shore line erosion each year, however the only thing we can do continue to lobby the Municipality regarding the dam and bridge … and not make it worse with unnecessarily high wakes. 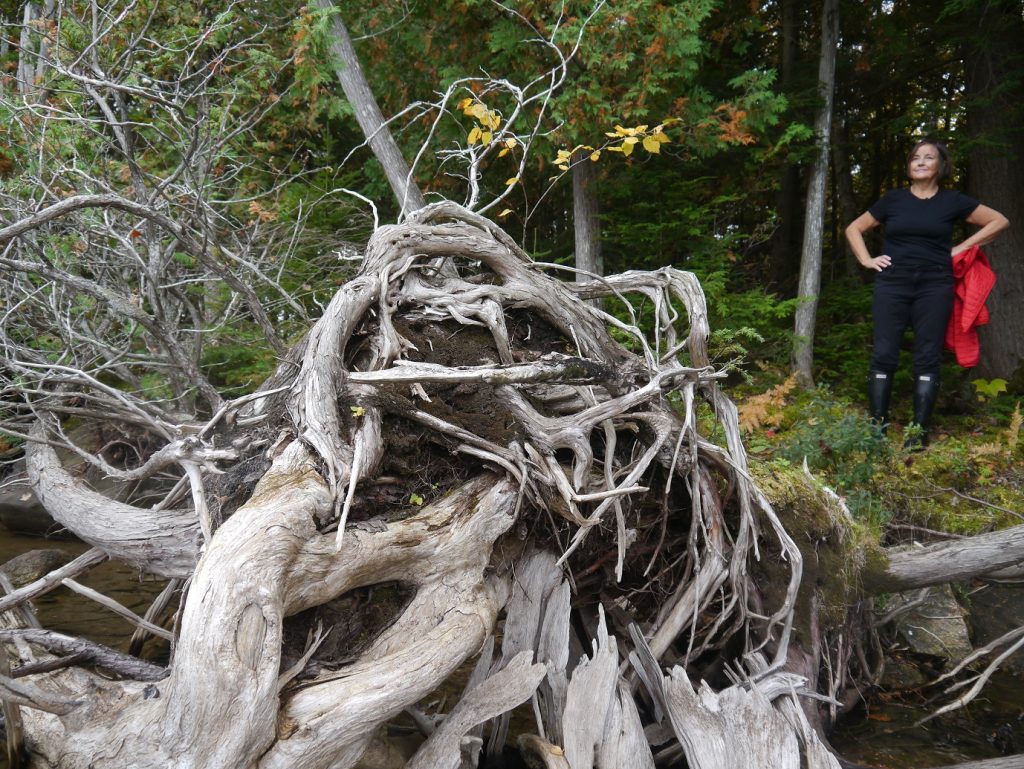 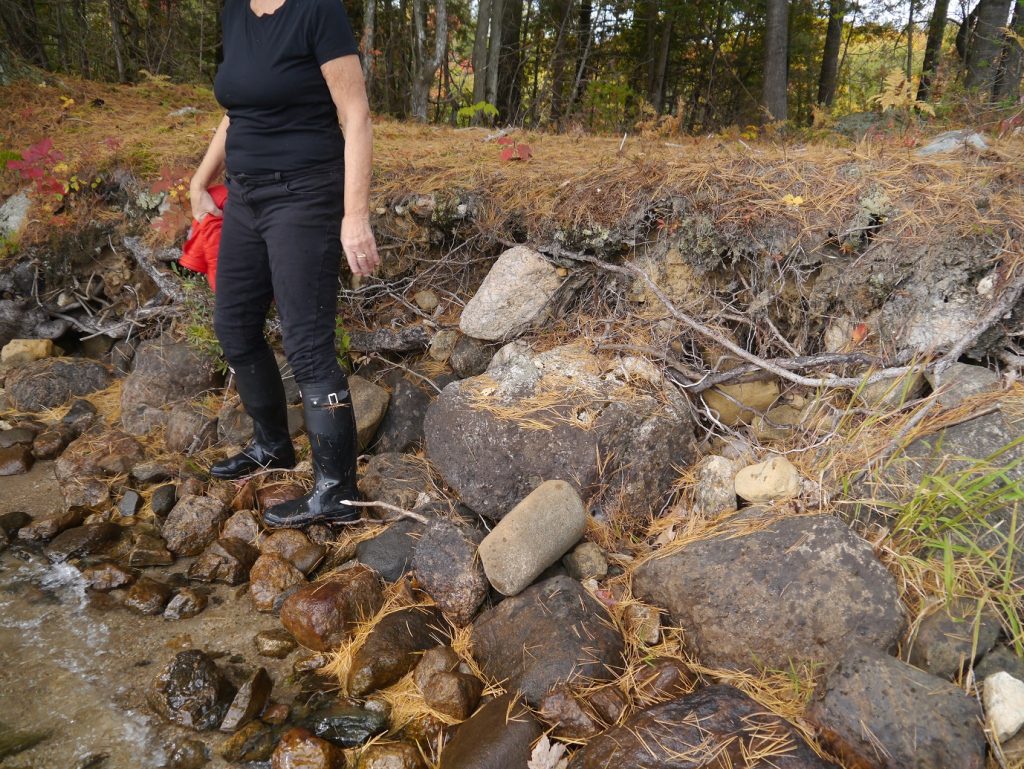 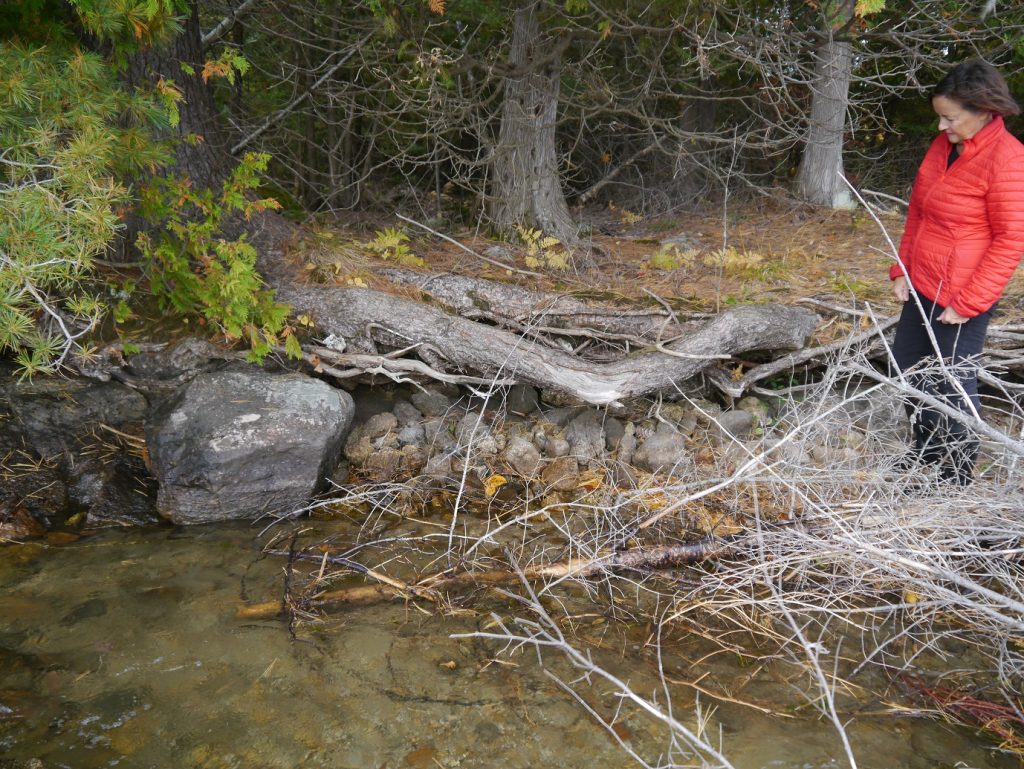 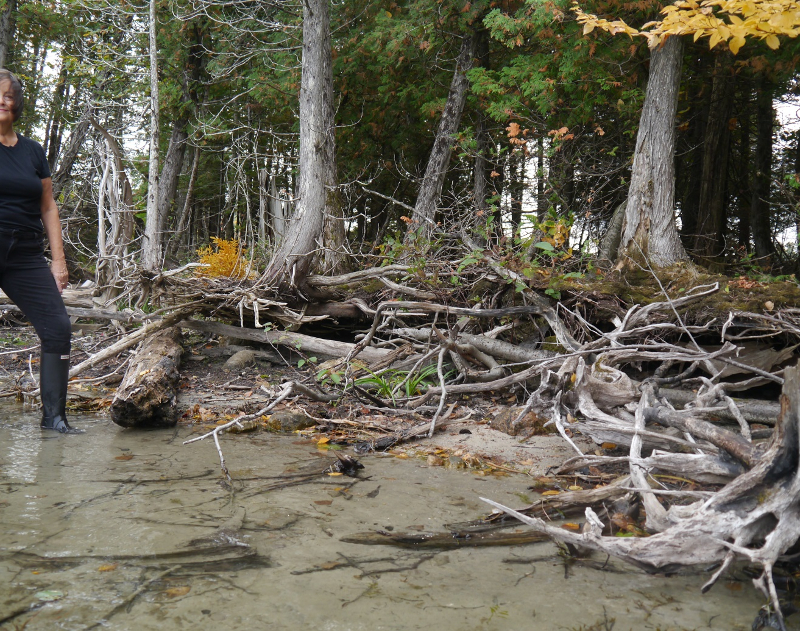 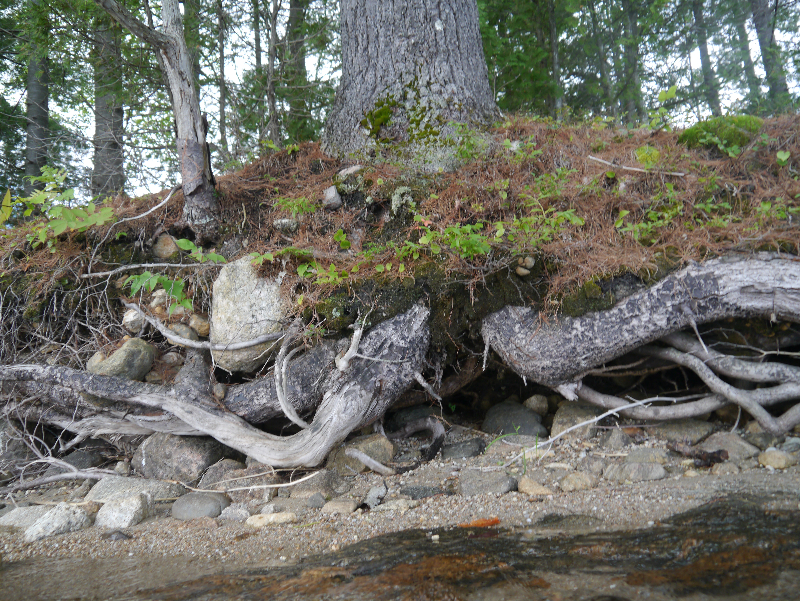